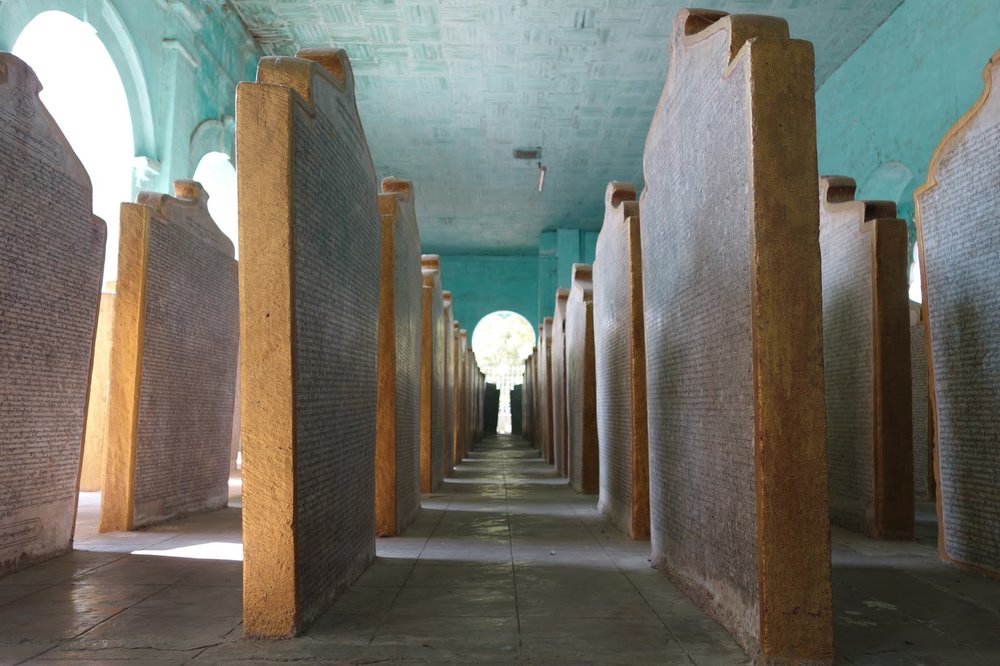 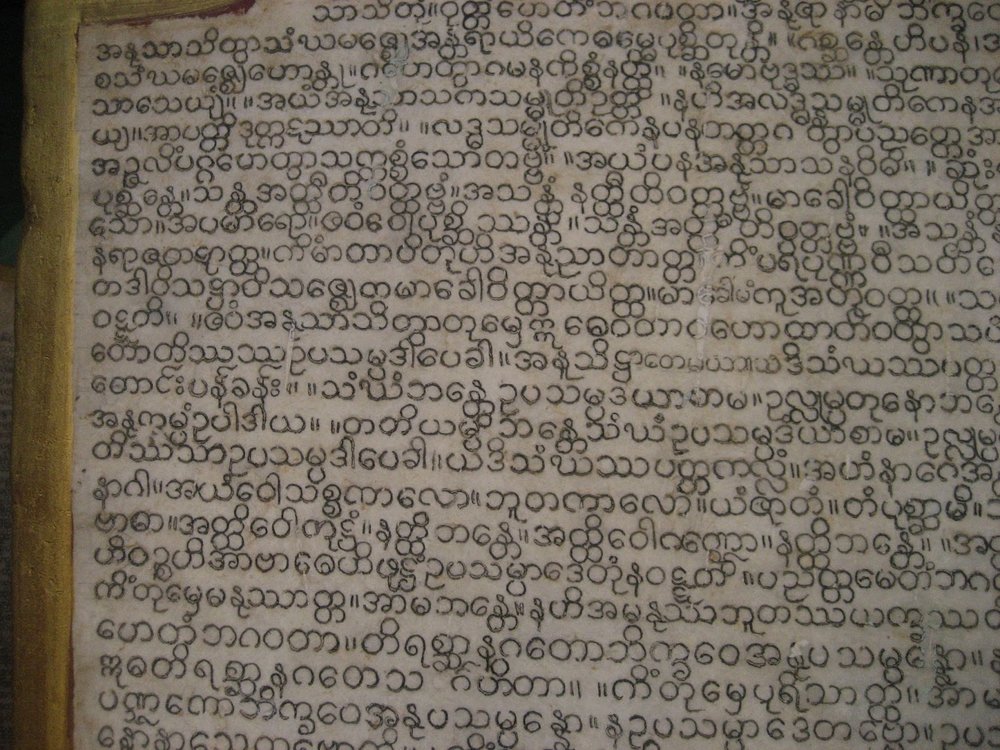 Further reminders of the great monk’s work in this world are exhibited in the form of hundreds of marble slabs, in fact 806 of them to be precise. Completed in 1925, just two years after Ledi Sayadaw’s passing, most of the engraving is comprised from 89 of his dipanis. Seven additional texts are credited to his disciples Ledi Pandita and Ledi U Kavi, so marked by a giant board meticulously recording the titles, locations, and other pertinent details of each work. Most are in Burmese (Others are in Pali and Nissaya, or a word-for-word translation of Pali into Burmese), following Ledi’s innovation in making them accessible to the common person, so that any wanderer may read and contemplate the Dhamma. Some were damaged during World War II, but have since been restored. Walking freely through this garden of scholastic monuments is a living and nearly breathing testament to Ledi’s contribution within the field of pariyatti. Even these slabs, however, do not constitute the totality of Ledi’s writings. A current project is now underway in Ledi Sayadaw’s birthpace of Sain Pyin Gyi Village to complete the stone engravings of his remaining volumes, thus preserving the entirety of Ledi’s words for future generations. Or as Linda Chang, an American yogi commented, “meandering amongst these large slabs was literally 'going through' his works!” ...