Nearly 25 years after it was first nominated for listing, UNESCO has officially inscribed the ancient Buddhist city of Bagan in Myanmar as a World Heritage Site.*

The proposal was approved during the 43rd session of the World Heritage Committee, held in Baku, Azerbaijan on 6 July, following a recommendation from the International Council on Monuments and Sites, which observed that Myanmar had passed new legislation governing heritage sites and had drawn up a plan aimed at mitigating the impact of growth in tourism and related infrastructure in the historic area.

“Bagan is living heritage, having endured all forms of challenges for more than a thousand years,” said Myanmar diplomat Kyaw Zeya, speaking at the Baku meeting. “Today we are celebrating the joyous moment of the successful inscription of Bagan in the World Heritage List. Afterwards we will continue our efforts on conservation and management of Bagan so that this treasured heritage will remain for another thousand years.” (Channel NewsAsia)

Located on the banks of the Irrawaddy River in Myanmar’s Mandalay Region, the Bagan Archaeological Zone is one of the country’s principal tourist attractions and is also a popular destination for Buddhist pilgrims, who come to visit the ancient monuments dotted over a 42-square-kilometer plain ringed by mist-covered mountains. The area is home to the largest and densest concentration of Buddhist temples, stupas, and monasteries in the world, with thousands of structures dating to the 10th–14th centuries, when the ancient city was the capital of the Kingdom of Pagan (849–1297). 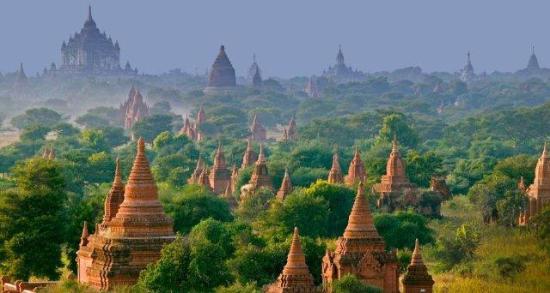 Amazing how devout and religious those so-called “pagans” were to build so many pagodas and temples in Pagan.
Blog • Pāli Fonts • In This Very Life • Buddhist Chronicles • Software (Upasampadā: 24th June, 1979)
Top
Post Reply
2 posts • Page 1 of 1