Introduction and musings about Christianity and Buddhism

Introduce yourself to others at Dhamma Wheel.
Forum rules
Post Reply
32 posts

I think as Ajahn Jayasaro likes to describe it, the fundamental difference between the two religions is that Abrahamic faiths are belief systems whereas Buddhism and many other Asian- founded religions are systems of education.

In terms of relating to other religions, My wife is Christian, although an unconventional one. I think this is because we both have similar views of moral conduct. When we talk spiritual stuff, there are things she believes which I don't, but if you are in a marriage with someone you truly love and respect, this isn't a problem unless you are stubbornly attached to your way (which granted, many people are these days).

That said, in terms of individual practice, I don't think the 2 can be practiced by one person at the same time. There are fundamental differences.
Top

Well thank you guys, I came to weirdly similar conclusions after I thought about this for a day. I looked at this more from an aesthetic perspective, no matter how I tried to mix the two religions in my mind, they both came worse off. It's like two foods that taste good if you eat them separately, but if you try to to mix them you ruin the taste of both of them. I hope no one finds this example offensive, obviously religions are different from food, but my point still stands.
Top


1. What do you have to say about the supposed compatibility, or incompatibility between Buddhism and Christianity?

I get asked about this quite a lot, as I have been practising for well over thirty years, and my wife is a Christian priest. People think we are an odd couple! The question can be answered on lots of different levels. Can Christians and Buddhists accommodate each other's practice? Certainly - we haven't killed each other or got divorced yet! Can one pick and choose different aspects from the two traditions and incorporate them into a single practice? Certainly. I don't personally do this, but I've known several people who do. There are quite a lot of liberal Anglicans, for example, who have adopted mindfulness practices, meditation, and ideas from the suttas. I actually enjoy being around Christians because (at least where I live) I find them to be friendly and tolerant and basically moral people. Many of them seem to do a better job than I do at keeping the precepts!

You might want to explore some of the ideas in this book:

I've met one of the people who feature in it; an Anglican eremite whose daily practice is, essentially, the Satipatthana Sutta. She was very impressive.

There is also the question of whether one can simultaneously hold contradictory beliefs from both traditions. Obviously, the main sticking points would be the existence of the soul versus the anatta doctrine; the existence of a creator God; and the possibility of grace. There are, of course, plenty of people who will tell you that they have understood a particular item of religious dogma, and that it is completely incompatible with how they see other religions. But in practice, some of those who are opposed to Christianity have only a vague idea about what that faith actually is; and this includes people who used to consider themselves Christian. Their understanding of Christianity is as simplistic as a Christian bigot's misconstrual of Buddhist ideas. More importantly, most of these ideas within Christianity and Buddhism are contested as to their exact meaning, and people who wish to follow a path of "dual belonging" simply choose a version of anatta, the soul, God, etc., which is compatible with the rest of their beliefs. I would go so far as to say that there isn't much that most Buddhists believe that isn't believed by a least a few in the wilder fringes of Christianity.


2. Like many, I have done bad things in the past - what is the way of you tradition of making amends about one's moral mistakes?

Simply acknowledge that one has made a mistake, resolve not to do it again, and move on. (Some lay followers like to confess their error to a monk or other spiritual teacher, but I believe there is no necessity for this.) It is particularly important not to let this simple act of mental acknowledgement tip over into a sense of guilt or remorse. That is unhelpful, and generates further dark kamma because it is rooted in hatred or anger for what one is, or has done.

I would just add that in Mahayana, in the Pure Land school or the Japanese Shin Buddhism Other Power is central and this, as far as I can tell, is not very different from Grace at all. Other things are of course at odds, but as Sam already alluded, what that actually means to the heart, is another matter.
_/|\_
Top

retrofuturist wrote: ↑
Wed Nov 06, 2019 11:43 pm
I do believe though that if one is disciplined in applying the phenomenological approach, then they will be able to see the way in which thoughts rooted in views (including theistic ontological ones) arise and pass away. To that end, theistic ontology need not preclude phenomenology, any more than non-theistic views about existence or non-existence need to.

If one gives supremacy to phenomenology like that, then the theistic outlook will automatically fall away, become moot. So, again, the two can't peacefully, actively co-exist.

I agree that it would be the ontology that would fall away (just as it is with regular Buddhists, as per SN 12:15) , but to meet this "IF" condition regularly (and to know why one is doing that, which is an obvious basis for motivation to do so), I think one would already be a sekha (noble trainee) and ultimately destined for nibbana anyway.

So at the point at which one framework dropped away like discarded scaffolding, the practitioner would already be assured of the outcome.

Seeker_of_Truth wrote: ↑
Thu Nov 07, 2019 7:30 pm
Well thank you guys, I came to weirdly similar conclusions after I thought about this for a day. I looked at this more from an aesthetic perspective, no matter how I tried to mix the two religions in my mind, they both came worse off. It's like two foods that taste good if you eat them separately, but if you try to to mix them you ruin the taste of both of them. I hope no one finds this example offensive, obviously religions are different from food, but my point still stands.

A Christian can use the Buddhist teachings to train his body speech and especially their forerunner, the mind up to a worldly level without a conflict, but someone who has seen and experienced the Dhamma and subsequently has unshakable confirmed conviction in the Buddha Dhamma and Sangha is simply incapable to follow anything or anyone else.

So you can add "Buddhism" in your "Christian dish" without spoiling it, on the contrary, it will even enhance its taste multifold, but you can't enhance the Buddha Dhamma and Sangha through adding Christianity or anything else to it since it is perfect already and not lacking anything.
Top

If you haven't already read them, you might find the writings of Thomas Merton https://en.wikipedia.org/wiki/Thomas_Merton of interest.

Some others - Fr. Robert Kennedy, SJ, a Jesuit priest and Zen Roshi https://en.wikipedia.org/wiki/Robert_Kennedy_(Jesuit), Anthony DeMello https://en.wikipedia.org/wiki/Anthony_de_Mello(not specifically Buddhist), Buddhist-Catholic Dialogue https://www.urbandharma.org/buca/index.html, HH the Dalai Lama https://tricycle.org/magazine/good-hear ... ngs-jesus/. Most of the sources I'm most familiar with present a Catholic-Buddhist perspective, as that has been my personal path to dharma.

It is said that there are 84,000 dharma doors; Christianity can be one of them.
Top 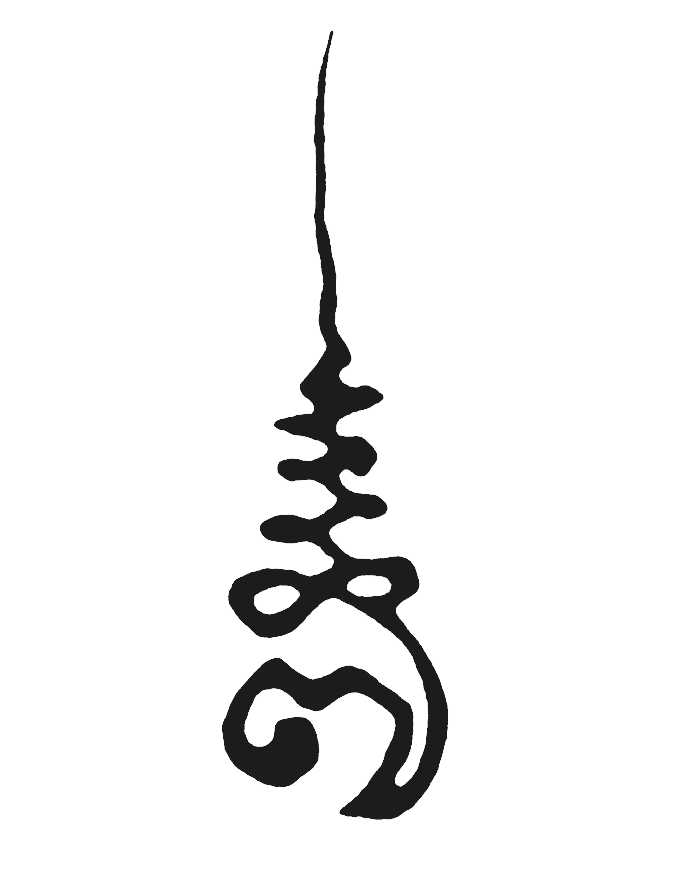 To be a Christian is to hope there's a god that can save you. To be a be a Buddhist is to save yourself.
A dying man can only rely upon his wisdom, if he developed it. Wisdom is not dependent upon any phenomenon originated upon six senses. It is developed on the basis of the discernment of the same. That’s why when one’s senses start to wither and die, the knowledge of their nature remains unaffected. When there is no wisdom, there will be despair, in the face of death.

Why??
“One man’s “magic” is another man’s engineering. “Supernatural” is a null word.”
- Robert Heinlein
Top

Already have him, fam. A vintage ceramic Jesus. Hand painted by my great aunt.
Top


1. What do you have to say about the supposed compatibility, or incompatibility between Buddhism and Christianity?
2. Like many, I have done bad things in the past - what is the way of you tradition of making amends about one's moral mistakes?


1. For those Christian living a moral life and those good buddhist with wholesome karma , surely will reborn in happy heaven of sense enjoyment .
2. Imo repentance is an honest way to admit our doing is not right and a good method to remind ourself not to repeat again but note that don't fall into the trap of guilt never come out .
Quality is not an act, it is a habit.
Top

Ummm, I'm not a "guy"....but I've got a tiny souvenir angel from the Vatican, will that do? This is a hard question to answer, are buddhism and christianity compatible?

Buddhist view of self: Self is only a series of thoughts, feelings and the physical changes coming and going.

Christian view of self: Definitive, you have a body and some kind of soul made up of what? mind?

And because of this christians can belive in a god and the belief is considered real. In buddhism such a belief would be considered clinging, or just a thought/ an idea.


This is the difference. The only way to know if you can make it work is to meditate, in order to experience your own self instead of thinking about the self as a concept. The self is not a concept as well as Life isn't either. It has to be experienced. You can never know if the two ways of thinking are compatible or not if you don't meditate and experience yourself. Hope you got some help out of this

There are some resources that could be interesting like this:


and Thich Nath Hanhs answer to the question "what is god?"
Top
Post Reply
32 posts